The difference between Spinning® and Indoor Cycling 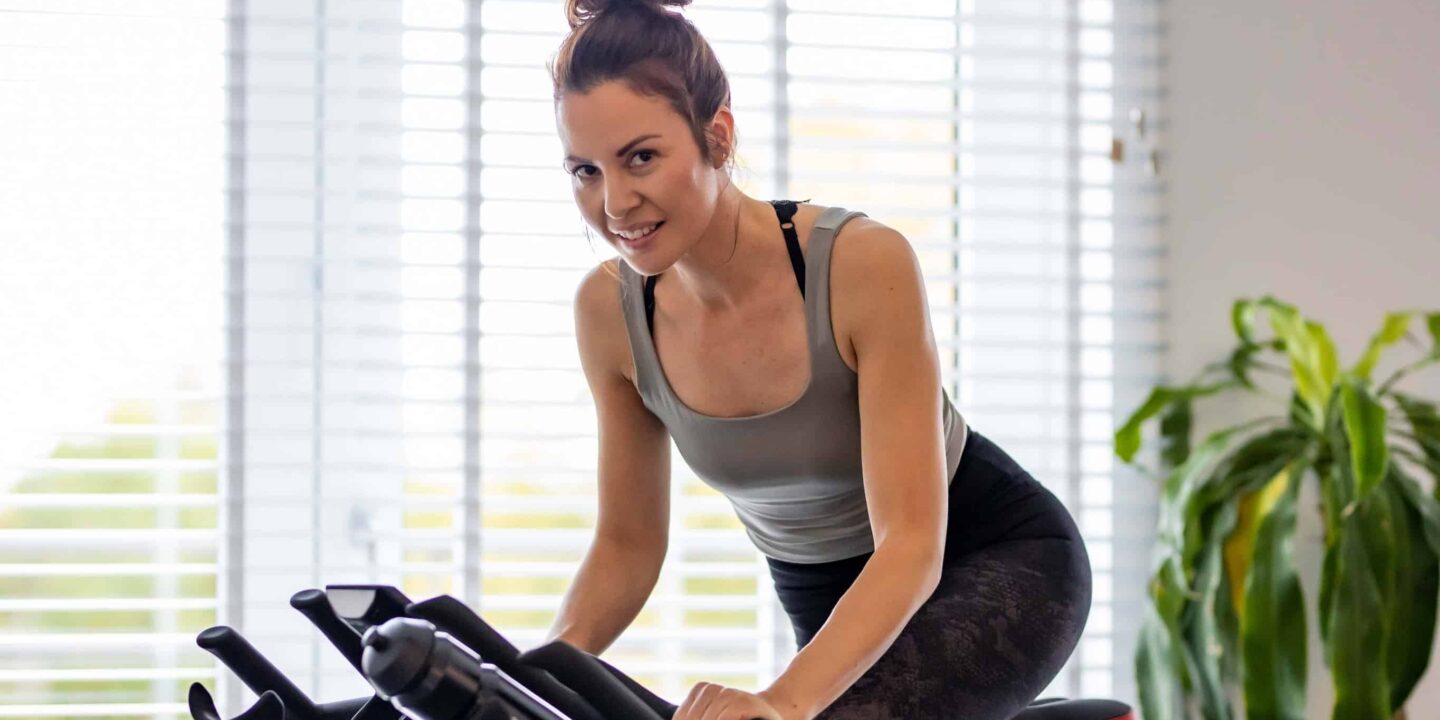 Spinning® and Indoor Cycling are two widely used terms. But there’s actually a big difference between them.

Are Spinning® and Indoor Cycling the same?

You might think that ‘spinning®’ and ‘Indoor Cycling’ are interchangeable and ultimately to the uneducated eye they are the same. You sit and stand on a bike, changing the resistance to increase and decrease gradient and follow a sweaty shouty smiley instructor. However, the origin of these disciples is very different.

The sport of spinning® was developed by Johnny Goldberg, better known as Johnny G. Together with John Baudhuin he developed, with endurance sports in mind, the very first spinning® bikes in 1991. He was missing a way to train for his endurance training at home, where he could also perform his standing climbs. He combined these workouts with music, creating spinning as we know it today. Focused on Endurance, but at the same time not to be confused with concepts that focus purely on cycling sport. In spinning®, the music remained of minor importance. It was mainly about the exercises that are performed to improve your stamina.

In 1994, Mad Dog Athletics Inc (MDA) registered and claimed the trademark spinning® and develop a training certificate for trainers. As a result, in 1996, spinning® classes were given in more than 1000 fitness clubs in about 30 countries worldwide.

Did you know that…

The American company Mad Dogg Athletics Inc., the company behind spinning®, not only provides instructor training, but also sells spin bikes, spinning® DVDs and spinning® clothing. However, there are a very large number of gyms that have no ties with Mad Dogg whatsoever and also offer spinning® classes and other spinning activities.

Indoor cycling, on the other hand, had its origins in the indoor fitness world. Providers such as Les Mills, ClubVirtual and ClubJoy offered cycling lessons with a greater focus on interval training. Indoor Cycling became an extension of group classes like aerobics, but with the addition of an Indoor Cycling bike. CycleMasters brought the Indoor Cycling group classes to the fitness clubs virtually in 2008 under the name of ClubVirtual. Members and clubs were no longer dependent on the availability of a trainer and could take indoor cycling classes whenever they wanted. This paved the way for Indoor Cycling classes to be offered at home as well.

For example, one style of Indoor Cycling centers around cycling with music as a background motivator. These classes are more representative of road cycling – in that they focus on long periods both in and out the saddle. This type of style can be found at CycleMasters as Scenic Rides or Signature Rides.

Another increasingly popular style of Indoor Cycling is beat or rhythm riding – made famous by SoulCycle and found in Boutique Cycling clubs. With this more recent form of Indoor Cycling, you move to the beat throughout the entire class. Dancing and cycling are fused to create a fast-moving choreographed full-body workout. Traditional Indoor Cycling exercises are combined with press-ups, tap backs, and jumps. CycleMasters has developed its own variant of these classes, the Beat rides.

Try 7 days for free and download our app via the App Store or Google Play.

Successfully subscribed to the newsletter, thank you!

don’t miss our other news 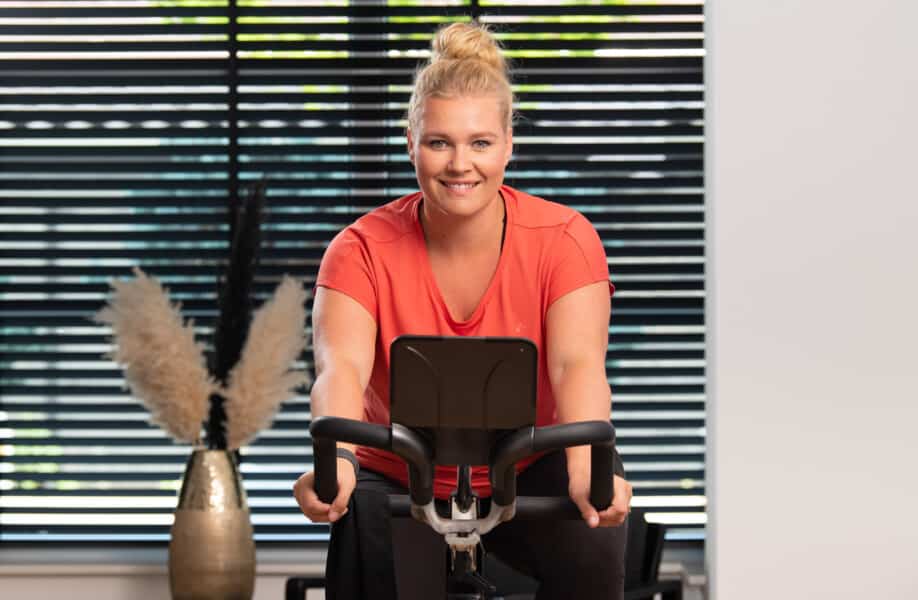 Losing weight with exercise in 2023

Losing weight with exercise. If you want to lose weight, it is important not only to watch your diet, but also to exercise regularly. Exercising can help burn calories and can also help increase your metabolism, which means you’ll burn… 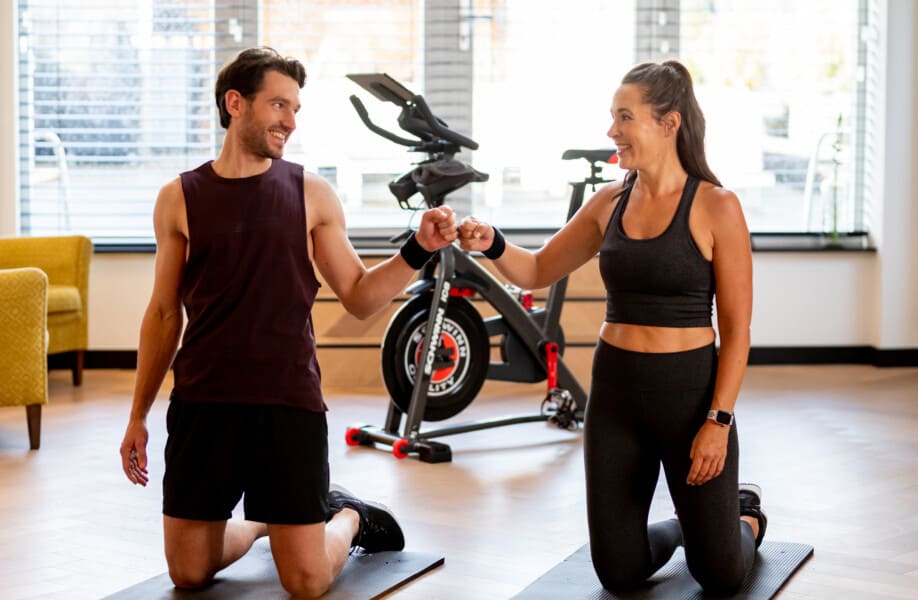 Why exercising at home is a good idea in 2023

Exercising at home is a trend that has become increasingly popular in recent years. People are increasingly aware of the importance of regular exercise for health. The rise of digital media and streaming services has also helped increase the range…

Indoor Cycling and nutrition. What are the best choices to make?

Indoor cycling is a popular form of exercise. It is an intense workout that trains your legs and core muscles and has a high calorie burn. It is an effective way to burn calories and strengthen muscles, but it also…